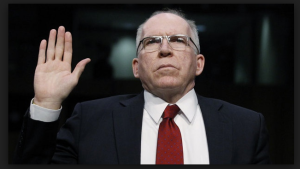 When the ones who should be taking care of our security go bad, do bad things and fuck up the world someone must Enforce Transparency on them.

This just happened and #TheBrennan will be a part of history from now.

It’s not a bad thing to hack the bad and to expose their corruption / abuse of power. It’s an indication of a good hack when the bad are hacked. It is in fact supreme Lulz to do so.

The kuul thing is that his whole security clearance file is there. Kuul for everyone but Brennan, that is, since everyone he ever knew is in it. Hmmmm.

John Brennan became the Director of the Central Intelligence Agency in March 2013, replacing General David Petraeus who was forced to step down after becoming embroiled in a classified information mishandling scandal. Brennan was made Assistant to the President for Homeland Security and Counterterrorism on the commencement of the Obama presidency in 2009–a position he held until taking up his role as CIA chief.”