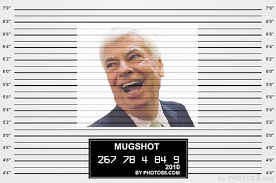 You stand before us accused of being an Enemy of Humanity and all things good. We will now read the charges. You are accused of the following:

How do you plead, *sir*? and remember —> https://wikileaks.org/sony/press/
(Just know that you can plead as much as you want, it is too late to expect us!)