The pursuance system is the world’s first comprehensive framework for process democracy. That is, it allows individuals with no prior relationship to self-organize into robust, agile entities governed via a “proceduralism of agreement.” These entities, called pursuances, in turn engage and collaborate among themselves to whatever extent they choose, leading ultimately to a vast and formidable ecosystem of opposition to institutionalized injustice. (Excerpt from Project description)

This system will be populated on an invitation basis, beginning towards the end of 2017. But Barrett has initiated a collaboration with Pirate Parties International. Raymond Johansen, activist and member of the board of PPI is now in the process of populating several rooms in Mattermost, soon to begin onboarding people into an alpha version of the Pursuance System. PPI’s usage of and feedback on the software will help Pursuance’s software developers optimize it for our use cases.

In the coming weeks activists, designers, artists, FOIA experts, investigative journalists, coders and developers will be invited to take part. In fact, at the time of writing projects have already started inside PPI’s Team.

To get an invitation you may contact Ray directly. Twitter or Facebook is fine. If you have his email address feel free to send him a request. Now lets hear from the main people themselves.

The framework described by Brown is quite extraordinary in that the vision is to empower people to create their own ‘pursuance’ and provide a platform to use their abilities in collaboration with others to attain specific outcomes. By doing so, they have the opportunity to scale up and potentially have a greater impact using the collaborative network.

Steve Phillips explains how he got involved with the Pursuance Project

In March I learned that Barrett was out of jail and wanted to build an end-to-end encrypted environment to help make activists, journalists, and other groups more impactful by enabling them to coordinate effectively online, which sounded not just awesome but has a ton in common with what I’d been building for the last year and a half, including what I presented at DEF CON 2 years ago. 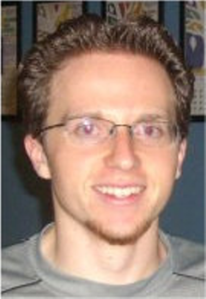 So I reached out to him, flew to Texas to meet him, and 2 days later he put me in charge of building the Pursuance System (which you can read about here; somewhat more technical intro here)!

As Barrett wrote at PursuanceProject.org, our ultimate goal is to produce “a vast and formidable ecosystem of opposition to institutionalized injustice.”

I’ve been programming for 8 years, have been using Linux for almost 16 years, and I have extensive experience both building user-friendly, high-quality software and managing small teams of developers.

I am VERY excited to be working with Pirate Party folks and would love for you all to be among the first people in the world to use the Pursuance System as we build it. Let me know what tools you need to change the world and I will do whatever I can to provide them.

Right now we’ve launched an early version of the Pursuance chat feature as a standalone app — LeapChat, which anyone can use by visiting LeapChat.org and inviting people to the secure room you get redirected to, resulting in an end-to-end encrypted chat session. Any feedback you have for which features should next be added to LeapChat would be very helpful!

The core of the first version of Pursuance that we’ll be launching is essentially a task management system built for large groups that will do things like allow you to specify which skills are necessary to complete a task, then have the software automatically find people with all the skills necessary to complete that task and ask them if they’d like to do it! This enables Pursuance scale to large groups better than anything else that currently exists.

We believe that the Internet should be amazing at enabling large groups of like-minded people to join forces to combat injustice… but it isn’t. We’re here to change that.

When asked about his future projects, Brown outlines a vision for journalists and bloggers to better share information by creating what he calls a ‘process democracy platform’. This project has been in the works since 2009, before his incarceration, and with the help of trusted collaborators Brown continues to work towards creating a revolutionary crowd sourcing collaboration. Collaborations will occur between institutions, non-profits , academics and even citizen journalists.

“The way [the pursuance] system works, it doesn’t matter if on the margins quality declines, because on the margins, these people are free to bring on people, but they still have to handle them. So if it’s data gathering, for instance, if you’re a journalist or you’re running a crowd-sourced project, and you bring on a few people, each person who’s bringing on people obviously has an impetus to bring on actual quality people to the best of their ability because they have to deal with them, and bad information, useless information, that comes out of these distant [peripheries] on the system are not going to make it up the submission, and there’s a whole mechanism for all of that.” – Barrett Brown

“So that was the original impetus. There are a lot of other features that make this work for different things. There’s a great mass of people out there who are tweeting and commenting, and they’re upset, and there’s some portion who are very honest people who are capable, who are knowledgeable, but who are not being provided with (a) the ability to help and (b) the ability to rise. If you present people the ability to do things correctly, and by doing things correctly, rise to a position where they have the ability to do things on a larger scale, and if you make it apparent that that ability is there, and if we provide examples of it working and provide a degree of leadership, and frankly, propaganda as to why the time has come for this kind of thing, then it will work.” – Barrett Brown